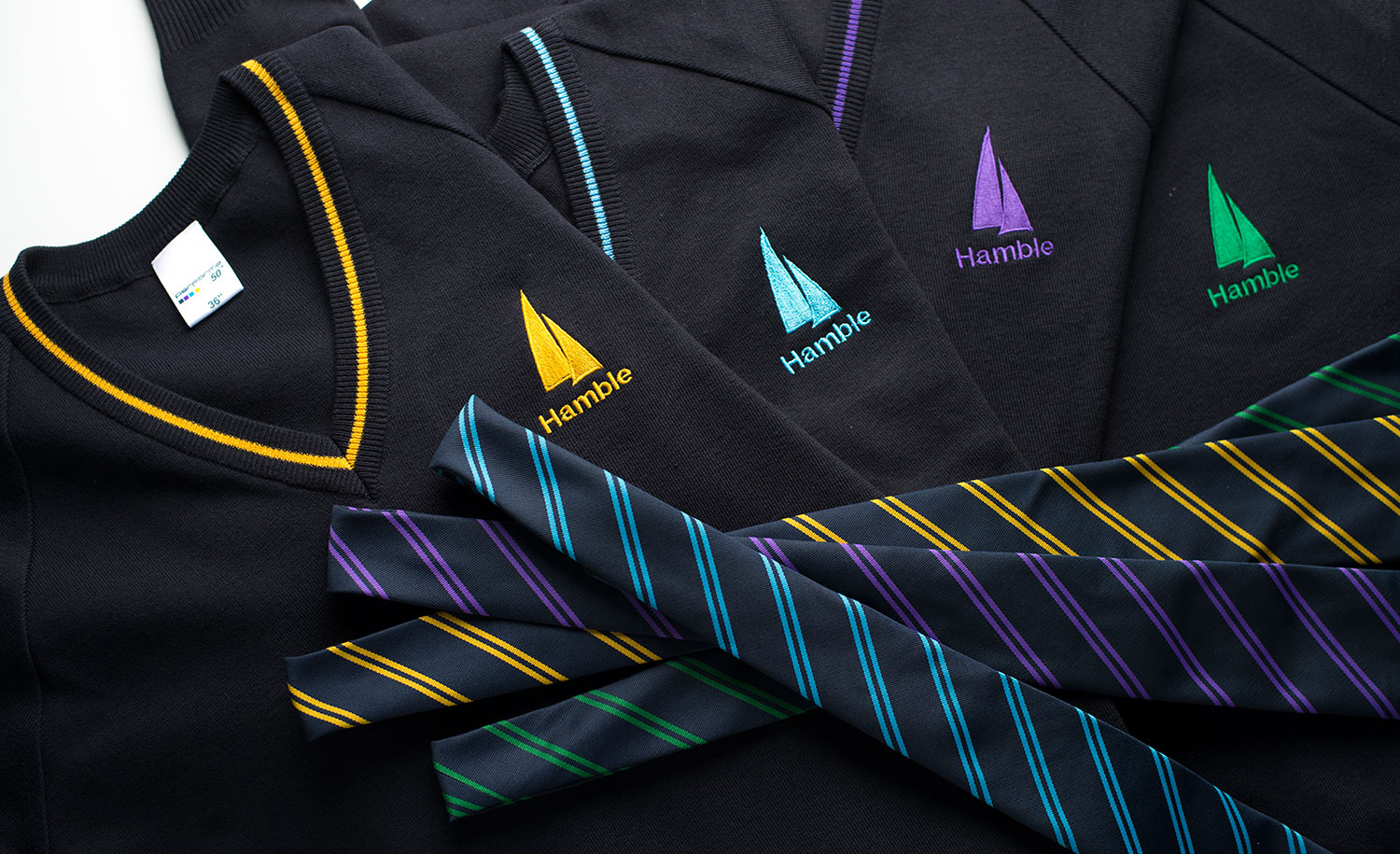 Every student who attends The Hamble School is a member of a ‘house’. The houses are made up of all students from Year 7 through to Year 11. The House System is represented through the school. Each student will have a tie in the colour of the house they represent during their time at the school. In addition there is a house jumper which has the colour of the house indicated by a stripe in the V of the jumper.

There are four houses:

The house system aims to achieve and embed the following principles:

The History of the Houses

The houses are named after the major sporting stadiums in the UK:

Lords is a cricket venue in St John’s Wood, London. It is named after its founder, Thomas Lord and is owned by Marylebone Cricket Club. It is the home of Middlesex County Cricket Club, the England and Wales Cricket Board (ECB) and the European Cricket Council (ECC). Lords is widely referred to as the ‘Home of Cricket’ and is home to the world’s oldest sporting museum.

Twickenham is a venue for rugby union in Twickenham, London and hosts the England home test matches, the Middlesex Sevens, the Aviva Premiership final, the LV Cup and Heineken Cup matches. It has also been host to many music concerts by artists such as Rihanna, Iron Maiden, U2, The Rolling Stones and Lady Gaga.

Wembley is a football stadium situated in North London. It opened in 2007, on the site of the original Wembley Stadium, which was demolished from 2002–2003. The stadium hosts major football matches including the FA Cup Final and home matches of the England national football team.

Wimbledon is the All England Lawn Tennis and Croquet Club in Wimbledon, London, and is a private members’ club. This venue is best known as the venue for the Wimbledon Championships which is the only Grand Slam tennis event still held on grass. It was initially an amateur event that occupied club members and their friends for a few days each summer. Now the championships have become a global event that is more predominant than the club itself. However, Wimbledon still operates as a members’ tennis club, with many courts in use all year round.

One boy and one girl are selected from each of the houses from the senior prefect team to be House Captains. The job of the House Captains is to take responsibility for the leadership and organisation of their house throughout the forthcoming academic year. There are also sports captains and charity reps who are responsible for events of this type within their house.

Students gain these points through a range of activities, including good attendance, citizenship, participation in extra-curricular activities, representing sports teams, tournaments and other events. Students receive individual awards for their house point achievements at the end of each half term. The points are collated throughout the year and this achievement is celebrated in the termly and end-of-year house assemblies. On these occasions, awards for various House competitions are presented.

This website uses cookies to improve your experience while you navigate through the website. Out of these, the cookies that are categorized as necessary are stored on your browser as they are essential for the working of basic functionalities of the website. We also use third-party cookies that help us analyze and understand how you use this website. These cookies will be stored in your browser only with your consent. You also have the option to opt-out of these cookies. But opting out of some of these cookies may affect your browsing experience.
Necessary Always Enabled
Necessary cookies are absolutely essential for the website to function properly. This category only includes cookies that ensures basic functionalities and security features of the website. These cookies do not store any personal information.
Functional
Functional cookies help to perform certain functionalities like sharing the content of the website on social media platforms, collect feedbacks, and other third-party features.
Performance
Performance cookies are used to understand and analyze the key performance indexes of the website which helps in delivering a better user experience for the visitors.
Analytics
Analytical cookies are used to understand how visitors interact with the website. These cookies help provide information on metrics the number of visitors, bounce rate, traffic source, etc.
Advertisement
Advertisement cookies are used to provide visitors with relevant ads and marketing campaigns. These cookies track visitors across websites and collect information to provide customized ads.
Others
Other uncategorized cookies are those that are being analyzed and have not been classified into a category as yet.
SAVE & ACCEPT
Powered by